It turns out that when you install the software to run Facebook’s Oculus Rift it creates a process with full system permissions called “OVRServer_x64.exe.” This process is always on, and regularly sends updates back to Facebook’s servers.
---
A section of the privacy policy outlines “information automatically collected about you when you use our services” including when, where, and how you interact with content on the platform even going as far as tracking your movements in virtual space.
---
And it isn’t just Facebook who is able to collect your data, under the policy “third parties may also collect information about you through the Services” this includes entities on the “related companies” list.

So how are Oculus and Facebook planning to use this information? A number of the uses that are outlined in the policy seem fairly mundane, such as helping you create an account or to enable user to user communication, and help improve the user experience. But one line in particular stands out:

"To market to you. We use the information we collect to send you promotional messages and content and otherwise market to you on and off our Services. We also use this information to measure how users respond to our marketing efforts."

Virtual reality offers an unparalleled level of access to data for advertisers. Before metrics were measured in how long someone watched a video or how many times a link was clicked, but with VR you can get far more granular. An ad executive at Coke, for instance, could tell just how long you stared at the Coke bottle cleverly placed inside your favorite game as an in-game ad and use that data to better place it in the game for you next time.
Klikkaa laajentaaksesi... 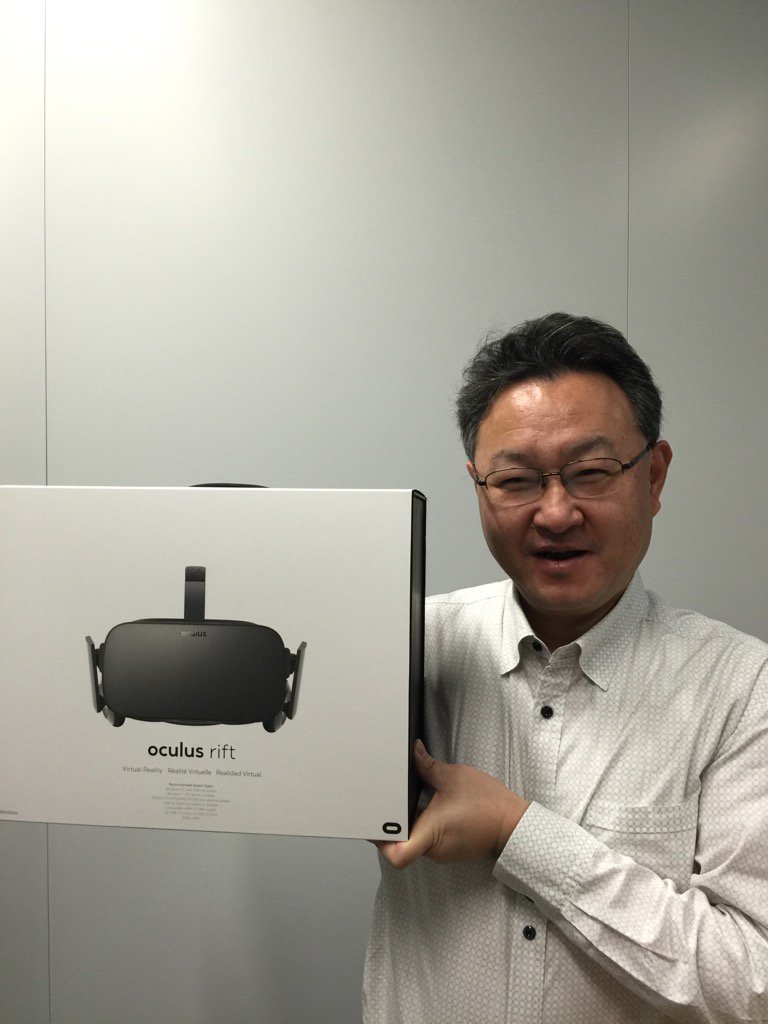 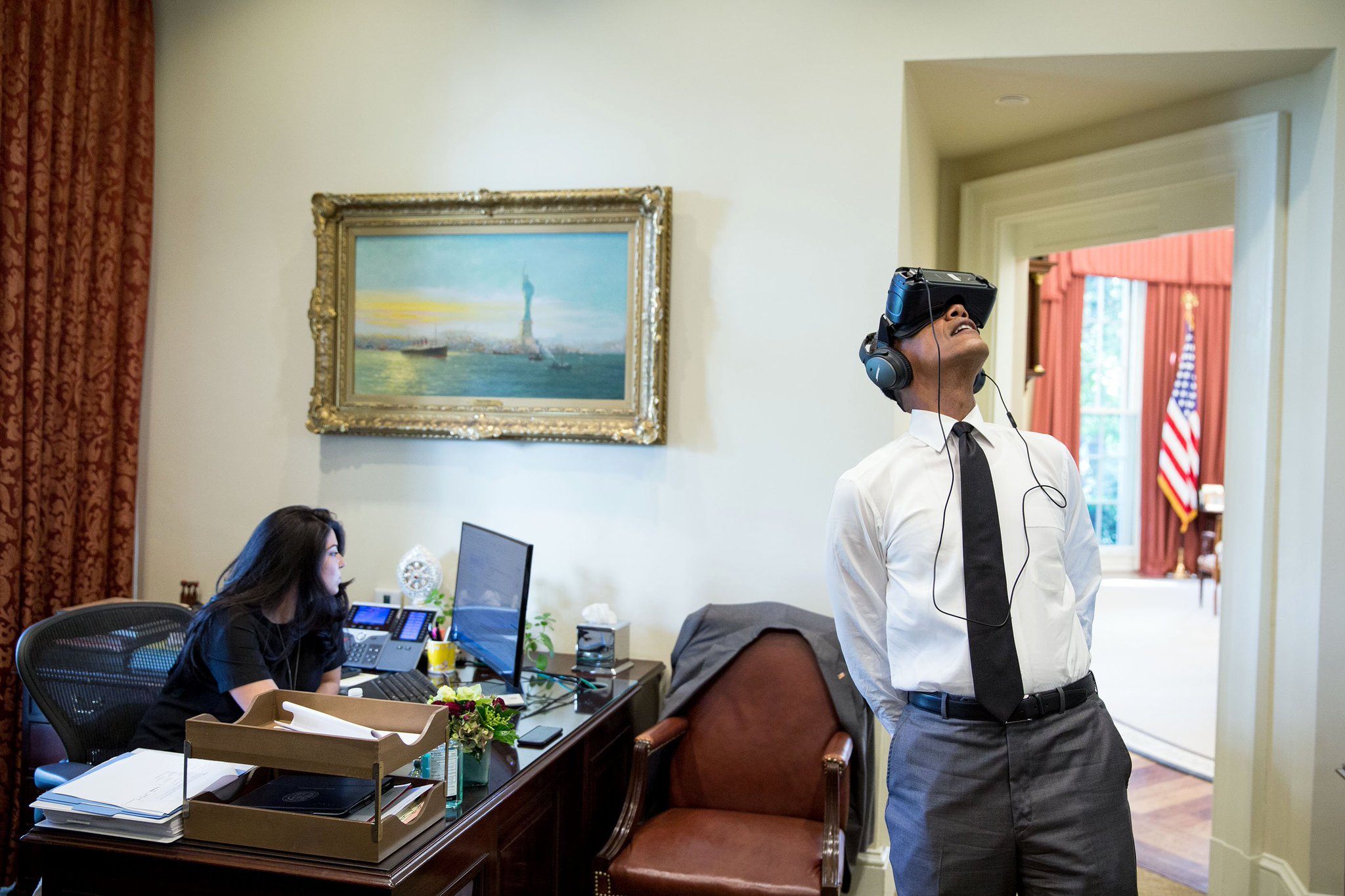 For room scale VR you will need a minimum of 2 meters by 1.5 meters of free space (6.5ft x 5ft), and the maximum distance between base stations is 5 meters (16ft). In addition to room scale VR, Vive supports seated and standing VR experiences, both of which do not have a minimum space requirement.
Klikkaa laajentaaksesi...

Develop-online.net: VR momentum slows dramatically on Steam - Only 0.18 per cent of Steam users own HTC Vive, 0.10 per cent own Oculus Rift

Sales of virtual reality hardware has almost ground to a halt, according to a new survey.

This is a concern because both months were the first where each device was from supply constraints, meaning anyone could go online or buy a headset on the High Street.

Speculation suggests that we’re seeing the end of the early adoption for VR. Anyone willing to splash out full price – hundreds of dollars for a headset, thousands for a compatible PC or laptop – is expected to have done so, meaning the only way the VR market can grow is to reach out to more mainstream or lower-spending consumers.
Klikkaa laajentaaksesi... 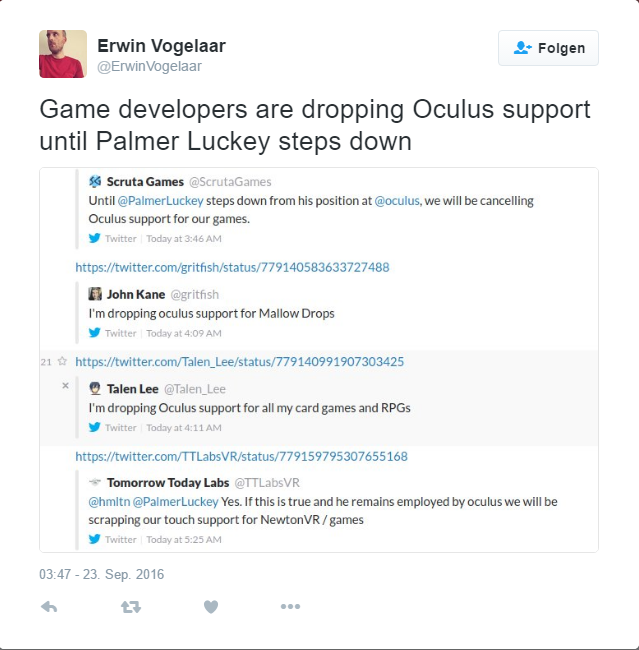 
The first and greatest threat from court decisions in California and Massachusetts, giving legal recognition to "gay marriage," is that it marks the end of democracy in America.

But there can be no serious question that homosexuality, to the degree that it cannot be overcome or outlasted, is a reproductive dysfunction. A human body that has evolved with functional organs of sexual reproduction is redirected to sexual activities that are reproductive dead ends.